Changing World of Music Industry
Music has always been and always will be an essential part of human existence. People of Stone Age sang and danced around their fires, traveling minstrels entertained the people of Middle Ages, and operas and concerts were extremely popular during Baroque and Classical Eras. Today, as never before in human history, we are constantly surrounded by music in our everyday life. Starting with the invention of gramophone in 1887 by Emil Berliner, it became possible to enjoy music without actually going to the musical performance. The last 20 years brought an even bigger change to our ability to access any music at any given moment. Since 1992, with all technological innovations and developments, the world we live in became dramatically new place. How did music change?
The greatest thing, which influenced the music industry during the last 20 years, was the move from analog to digital technology. People can download thousands of songs on their multiple devices – be it computer, phone, iPad, iPod, MP3 player, etc. – in a matter of seconds. Access to any type of music – be it rock, bluegrass, hip-hop, DJ remixes, pop, religious, country, or ethnic of any kind – is easily available. Moreover, one of the most extraordinary developments during the period from 1992 to 2012 was the extent to which digital technology has become entrenched in every part of our culture and every strata of our society, especially among young adults and teens. How exactly is music industry affected by all these changes?
First of a 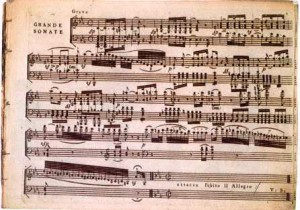 ll, music industry is thriving. The number of albums and songs released each year is growing and new artists appear seemingly on a daily basis. Consequently, musical environment of 2012 is substantially different from that of 1992, at least quantitatively if not qualitatively (in opinions of many people, our two biggest pop stars of today, Lady Gaga and Adele, are somewhat reminiscent of Madonna and Mariah Carey). So, it seems to be good news that all technological innovations led to the positive development of music industry. However, it is not exactly so. While music industry is in good shape, record industry is negatively affected by the ease with which people can access music nowadays.
First of all, with the introduction of digital technology, the sales of music albums and CDs have drastically fallen. Also, many record stores were closed due to insufficient sales. Nowadays, record companies prefer to distribute their products through such national chains as Wal-Mart and Target to achieve bigger profits. However, one of the biggest challenges faced by the record industry today is online piracy. Record companies against such sites initiated various lawsuits as LimeWire and Pirate Bay in an attempt to prevent illegal downloads. Still, such sites as Amazon and iTunes which offer legal downloads are seeing profits. In fact, digital sales grew an astonishing 1000% from 2004 to 2010. As such, the main question today is to what future holds for music industry? While music will always be an integral part of our lives, we live in a capitalist society, in which the main mantra is, “It’s the economy, stupid!”