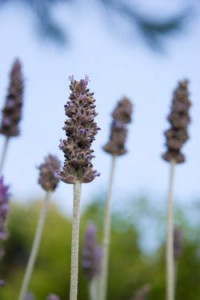 A definition of substance abuse that is frequently cited is that in DSM-IV, the fourth edition of the Diagnostic and Statistical Manual of Mental Disorders (DSM) issued by the American Psychiatric Association. The DSM-IV definition is as follows:

A. A maladaptive pattern of substance use leading to clinically significant impairment or distress, as manifested by one (or more) of the following, occurring within a 12-month period:

1.     Recurrent substance use resulting in a failure to fulfill major role obligations at work, school, or home (e.g., repeated absences or poor work performance related to substance use; substance-related absences, suspensions or expulsions from school; neglect of children or household)

2.     Recurrent substance use in situations in which it is physically hazardous (e.g., driving an automobile or operating a machine when impaired by substance use)

4.     Continued substance use despite having persistent or recurrent social or interpersonal problems caused or exacerbated by the effects of the substance (e.g., arguments with spouse about consequences of intoxication, physical fights)

Many people do not understand why individuals become addicted to drugs or how drugs change the brain to foster compulsive drug abuse. They mistakenly view drug abuse and addiction as strictly a social problem and may characterize those who take drugs as morally weak. One very common belief is that drug abusers should be able to just stop taking drugs if they are only willing to change their behavior. What people often underestimate is the complexity of drug addiction-that it is a disease that impacts the brain and because of that, stopping drug abuse is not simply a matter of willpower. Through scientific advances we now know much more about how exactly drugs work in the brain, and we also know that drug addiction can be successfully treated to help people stop abusing drugs and resume their productive lives.

What is drug addiction?

Addiction is a chronic, often relapsing brain disease that causes compulsive drug seeking and use despite harmful consequences to the individual that is addicted and to those around them. Drug addiction is a brain disease because the abuse of drugs leads to changes in the structure and function of the brain. Although it is true that for most people the initial decision to take drugs is voluntary, over time the changes in the brain caused by repeated drug abuse can affect a person’s self control and ability to make sound decisions, and at the same time send intense impulses to take drugs.

It is because of these changes in the brain that it is so challenging for a person who is addicted to stop abusing drugs. Fortunately, there are treatments that help people to counteract addiction’s powerful disruptive effects and regain control. Research shows that combining addiction treatment medications, if available, with behavioral therapy is the best way to ensure success for most patients. Treatment approaches that are tailored to each patient’s drug abuse patterns and any co-occurring medical, psychiatric, and social problems can lead to sustained recovery and a life without drug abuse.

Similar to other chronic, relapsing diseases, such as diabetes, asthma, or heart disease, drug addiction can be managed successfully. And, as with other chronic diseases, it is not uncommon for a person to relapse and begin abusing drugs again. Relapse, however, does not signal failure-rather, it indicates that treatment should be reinstated, adjusted, or that alternate treatment is needed to help the individual regain control and recover.

What happens to your brain when you take drugs?

Drugs are chemicals that tap into the brain’s communication system and disrupt the way nerve cells normally send, receive, and process information. There are at least two ways that drugs are able to do this: (1) by imitating the brain’s natural chemical messengers, and/or (2) by over stimulating the “reward circuit” of the brain.

Some drugs, such as marijuana and heroin, have a similar structure to chemical messengers, called neurotransmitters, which are naturally produced by the brain. Because of this similarity, these drugs are able to “fool” the brain’s receptors and activate nerve cells to send abnormal messages.

Other drugs, such as cocaine or methamphetamine, can cause the nerve cells to release abnormally large amounts of natural neurotransmitters, or prevent the normal recycling of these brain chemicals, which is needed to shut off the signal between neurons. This disruption produces a greatly amplified message that ultimately disrupts normal communication patterns.

Nearly all drugs, directly or indirectly, target the brain’s reward system by flooding the circuit with dopamine. Dopamine is a neurotransmitter present in regions of the brain that control movement, emotion, motivation, and feelings of pleasure. The overstimulation of this system, which normally responds to natural behaviors that are linked to survival (eating, spending time with loved ones, etc), produces euphoric effects in response to the drugs. This reaction sets in motion a pattern that “teaches” people to repeat the behavior of abusing drugs.

As a person continues to abuse drugs, the brain adapts to the overwhelming surges in dopamine by producing less dopamine or by reducing the number of dopamine receptors in the reward circuit. As a result, dopamine’s impact on the reward circuit is lessened, reducing the abuser’s ability to enjoy the drugs and the things that previously brought pleasure. This decrease compels those addicted to drugs to keep abusing drugs in order to attempt to bring their dopamine function back to normal. And, they may now require larger amounts of the drug than they first did to achieve the dopamine high-an effect known as tolerance.

Long-term abuse causes changes in other brain chemical systems and circuits as well. Glutamate is a neurotransmitter that influences the reward circuit and the ability to learn. When the optimal concentration of glutamate is altered by drug abuse, the brain attempts to compensate, which can impair cognitive function. Drugs of abuse facilitate no conscious (conditioned) learning, which leads the user to experience uncontrollable cravings when they see a place or person they associate with the drug experience, even when the drug itself is not available. Brain imaging studies of drug-addicted individuals show changes in areas of the brain that are critical to judgment, decision-making, learning and memory, and behavior control. Together, these changes can drive an abuser to seek out and take drugs compulsively despite adverse consequences-in other words, to become addicted to drugs.

Why do some people become addicted, while others do not?

No single factor can predict whether or not a person will become addicted to drugs. Risk for addiction is influenced by a person’s biology, social environment, and age or stage of development. The more risk factors an individual has, the greater the chance that taking drugs can lead to addiction. For example:

Prevention is the key

Drug addiction is a preventable disease. Results from NIDA-funded research have shown that prevention programs that involve the family, schools, communities, and the media are effective in reducing drug abuse. Although many events and cultural factors affect drug abuse trends, when youths perceive drug abuse as harmful, they reduce their drug taking. It is necessary, therefore, to help youth and the general public to understand the risks of drug abuse and for teachers, parents, and healthcare professionals to keep sending the message that drug addiction can be prevented if a person never abuses drugs.

Divorce is stressful for the entire family. Your child may feel as if his or her world has turned upside down. But there’s good news. You can make your child’s adjustment to the divorce much easier simply by choosing to interact responsibly with your spouse. Consider these practical tips for children and divorce.

How to break the news

It’s best if you and your spouse can tell your child about the divorce together. Speak honestly and simply, and skip the ugly details. You might say, “Your mom (or dad) and I have been having trouble getting along, so we think it’s best for us to live apart.”

Make sure your child understands that divorce is only between adults. Remind your child — repeatedly if necessary — that he or she did nothing to cause the divorce and that both of you love your child as much as ever.

Expect a mix of reactions

Initially, your child may be most interested in concrete things. Where will I live? Do I need to change schools? Who will take me to swimming lessons? As you work out the terms of the divorce, try to maintain your child’s routine as much as possible — or be quick to establish a new routine. Knowing what to expect will help your child feel more secure.

But soon, the reality of divorce will settle in. A younger child might respond to the stress by regressing to behavior he or she had previously outgrown, such as sucking on a pacifier or wetting the bed. A resurgence of separation anxiety may strike as well. Help your child put his or her feelings into words.

An older child might respond to the stress with a mix of emotions — anger, anxiety, grief or even relief. If your child’s anger turns inward, he or she may become depressed or withdrawn. Anger can have the opposite effect, too, causing a child to act out or develop behavior issues. Encourage your child to share his or her feelings as openly as possible.

Keep your child out of the fight

How your child adapts to the divorce is largely dependent on how you and your spouse act, especially toward each other. To respect your child’s relationship with the other parent, keep these general “don’ts” in mind:

It may be tempting to relax your parental rules while your child grieves over the divorce. But this will only make your child feel more insecure. Children thrive on consistency, structure and routine — even if they insist on testing the boundaries and limits. If your child shares time between two households, it’s important for the rules to be similar in both homes.

You might feel so hurt or overwhelmed by your divorce that you turn to your child for comfort and direction — but that’s not your child’s role. For help sorting through your feelings, you might join a divorce support group or seek counseling through a social service agency or mental health center. If you need help reaching decisions about your child during or after the divorce, consider using the services of a family or divorce mediator.

Your child may also benefit from counseling, especially if he or she:

During a divorce, interacting with your spouse might be the last thing you want to do — but it’s important. Your child needs both of you. Work out custody arrangements and other details with your child’s best interests in mind. Remember that a bitter or prolonged custody battle may take a serious, long-term toll on your child’s mental health. Instead, help your child maintain a strong, loving relationship with the other parent as you work toward meeting common parenting goals. For your child, support from both parents may be the best tool for weathering the challenges of divorce.