Tips & Health Risk of Getting a Tattoo: 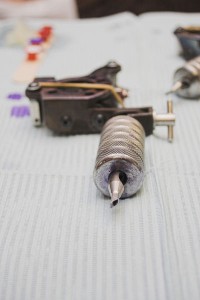 In Western culture tattoos are often seen as something associated with people on the edge of society. Since the early 90s, however, tattooing has become more common and socially acceptable in Australia.

Although more people these days seem to have tattoos, getting one still carries some risks.

Note: In South Australia it is an offence for young people under the age of 18 years to be tattooed, except if it is done for a medical reason by a doctor or someone supervised by a doctor.

Early Christians used tattoos as symbols of recognition, until they were banned by Papal edict.

The word ‘tattoo’ was first brought to the English language after Captain Cook’s voyages to Tahiti. Western sailors then began to adopt tattooing.

In the early 19th century, tattooing became very popular with criminals and the working class in Britain and the US; hence the association of tattoos with people on the fringes of society. Tattooing retained this negative image until its recent revival as a mainstream symbol of individuality as well as defiance.

There are many reasons why people choose to have a tattoo on their body, including:

It seems that getting a tattoo can make someone look like an individual or a conformist, depending on your view. People have been known to get tattoos as an impulsive act, perhaps when they were intoxicated – and they may or may not regret it later when they are sober.

Tattooing is a painful process, and tattoos are expensive to remove. If you want to have a tattoo removed there will always be a scar.

You need to carefully consider the reasons behind your need to get a tattoo before going through with it. Trends come and go, but a badly chosen tattoo lasts forever, or costs a lot to remove. Just ask Johnny Depp or Angelina Jolie.

If you do decide to get a tattoo, you need to go to a qualified professional. Home-made tattoos, such as those made with Indian ink, should never be considered.

When choosing a tattoo artist you should make sure of the following:

If the tattoo artist is a professional, then he or she will be happy to show you the ways in which their workplace adheres to standard safe practices. If they are uncooperative or give you a hard time because of your requests, simply leave – they do not deserve your trust or your business.

If you get a tattoo

A new tattoo requires some careful attention. A tattoo is an open wound until it heals. Here are some general rules, but make sure you follow the advice of the tattoo artist about how to best care for the area. 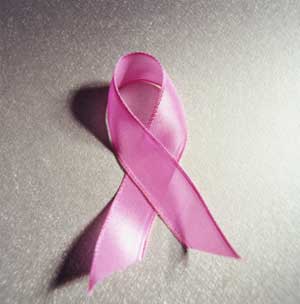 Women over age 30 who regularly exercise decrease their chances of breast cancer, according to a study presented today at the American College of Sports Medicine’s 56th Annual Meeting in Seattle.

Although incidence of breast cancer did not appear to change in relation to exercise levels between 10 and 30 years of age, women above 30 significantly decreased their chances of contracting the disease if they were more active.

“Regular exercise appears to have protective effects for this age group of women,” said the study’s lead researcher, Lisa Sprod. “Meeting physical activity recommendations can act like a prescription for prevention when it comes to breast cancer.”

Breast cancer is the most prevalent type of cancer in women.

The study supports data that links exercise to risk of breast cancer, particularly as it relates to the consistency of activity through a woman’s lifespan. This research consistently connects the benefits of exercise for women to a favorable effect on hormone levels, body weight, weight gain with age, and immune function.

ACSM guidelines support the 2008 Physical Activity Guidelines for Americans, which recommend that adults participate in at least 150 minutes of moderate-intensity physical activity, which can be achieved in 30-minute segments five days a week. ACSM provides tools for getting started with a physical activity program, including assessments to determine pre-exercise health level and potential barriers to fitness, at http://www.acsm.org/physicalactivity.