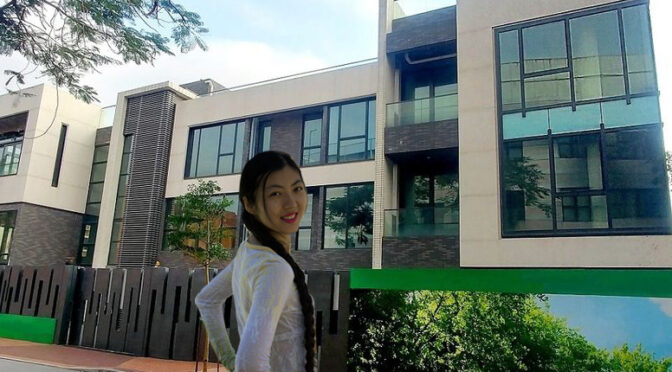 My name is Peony Chen. I turned 21 years old four months ago, and today, I am meeting the man I am marrying. His name is Christian Wells. He is an educated middle-aged man from Scotland. He says he is 41, but the photo he sent the agency didn’t look like it. He has blonde hair and blue eyes. It’s every Asian woman’s dream to find such a man. Our circumstances might have been not so ideal, but we have been talking for a year through emails, phone calls, and on Whatsapp, so I am more comfortable now than when it first started.

Growing up, getting even the basics has always been a struggle, but both my mother and father managed to make ends meet. You see, our family of four live in a 300 square feet public rental housing flats in Kowloon Bay. The rent is Two Thousand Hong Kong Dollars a month. It’s almost impossible to find housing this cheap, so we are lucky. My parents met when my father was on a business trip to mainland China in 1992. He was a construction worker in a small-time company, and my mother was selling cooked food for takeaways in a small canteen for employees. My father ended up staying in China for a long time, and after saving up some money, they moved to Hong Kong in 1999 and got married. I was born in the same year. I was their beautiful pride and joy. My father named me Peony after the lovely flowers he took care of when he worked as a gardener for a big financial firm in Hong Kong. While they reveled in their joy on the birth of their daughter, the money that they saved for their big move didn’t last. My mother went back to work a few months after my birth.

My childhood was neglectful. My parents were always busy working, and I had to learn to ride the train to my kindergarten at six years old. That was not uncommon. Many poverty-stricken and middle-income families’ children did the same, so I did not know that this was out of the ordinary.

When I started primary school, my mother had an unplanned pregnancy. My dad often stayed home when he got laid off his construction job. They decided they wanted an abortion as it was too challenging to take care of two children given my father’s unstable jobs. However, everything changed when they learned that my mother was pregnant with a boy.
They had longed for a boy. A boy often meant fulfillment for the typical Chinese family. My father had to accept several menial jobs like restaurant delivery and cleaning street alleys. My parents were overwhelmed with joy when my brother was born. It made me a little jealous because it seems as though they were fed up with life when I was their only daughter, but now with a boy, everything had meaning. Would they have traded me for a boy then? Who knows.

Life took a turn when their precious little boy turned two. He was different from other children and often screamed non-stop for hours on end. Our landlord often knocked on our door, demanding we keep the child quiet as he was disturbing our neighbors. Later on, my brother was diagnosed with severe autism. It explained his bouts of rage that were more than just flaring temper tantrums. Not long after the diagnosis was confirmed, we got kicked out of that flat.

My parents’ dreams started to fall apart, and they were back to the neglectful parents they were. At an early age, I learned to restrain my brother using my hands and a makeshift rag that I would use to muffle the sound of his constant screaming. My mother worked during the day and my father at night so they could take turns in taking care of us. I had to run to school and run back, making sure that my brother didn’t ruin the day enough so my father would have enough sleep to go on his night shift.

Despite how difficult life was, it had worked. It was like a well-oiled machine that functioned adequately as long as we all did our parts, but that rickety machine broke down as soon as I finished my Secondary school. My mother had a stroke and became partially paralyzed. My father then had to work morning and evening. In an instant, my hard work in passing the Hong Kong Diploma of Secondary Education (HKDSE) was thrown away. I could no longer afford to go to college.

Am I doomed to the mediocre life that my parents have? Or is there a way out of this for me? These were the questions I asked myself daily, and the answers looked scarier with each passing day.

Part 2,3, & 4 Is Available In The New Book, “Diary Of A Mail Order Bride”
www.houstonepublishing.com