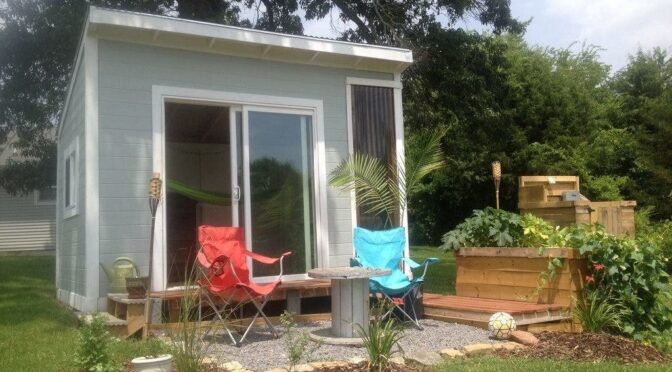 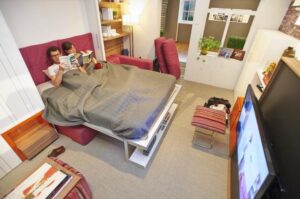 There seems to be a new movement growing n the USA; people, especially in big cities, are downsizing and starting to live in very small apartments and houses. Primarily, it is an economical decision because rent rates tend to be very high in large cities such as New York, Boston, San Francisco, and Los Angeles and smaller dwellings look like a good option for budget-conscious renters. Moreover, it seems to work the best for single people who spend most of their time at work and socialize outside. Many of the buildings with micro-apartments offer communal amenities such as gyms, media rooms, and outside recreational areas which provide the tenants with an opportunity to meet their neighbors and socialize.

Is it a movement which will catch up? Worldwide, people live in places which are much smaller than what an average American is used to, especially in such countries as Hong Kong, Singapore, South Korea, India, Japan, and China. But, the question stands whether the American public ready for such a downsizing? As such, there were many reports which claim that living in small quarters might lead to depression, substance abuse, and domestic abuse; moreover, children who grow up in smaller places might develop learning disabilities. According to Susan Saegert, a director of Housing Environments Research Group, children who live in small apartments “can end up becoming withdrawn and have trouble studying and concentrating.” However, such claims need to be studied more because the experience proves them otherwise. After all, school children of Japan, Hong Kong, Singapore and other countries routinely outperform their American counterparts in all the school tests; and the lack of space does not seem to adversely affect them.

Moreover, life in smaller places can also mean being more environmentally friendly because one simply spends less energy and leaves smaller carbon print when living in a micro-apartment. If the culture of competing with Joneses was considered outdated, many of Americans might have well agreed to live smaller because it would save them money and effort. – Becky Kospanova