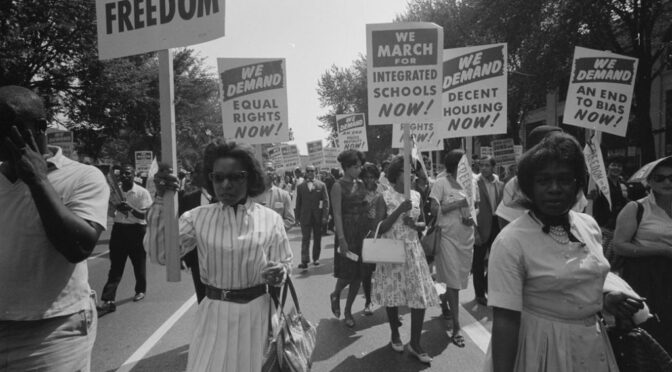 “We hold this truth to be evident, that all men were created equal and endowed by their creator with certain unalienable gifts. Among which are right to life, liberty, and personal happiness.”
Declaration of Independence.

This statement above is the founding block upon which America was built. An ideal environment in which everyone can live without fear of discrimination of race, gender, or skin color. A free community of some sort. A world where there is no racism.

Unfortunately, racism is still very much in the system. Racism has threatened to overshadow the much-contained goodness in the declaration of equal rights of men. Not only in the US, but the problem of racism is a global cancer that threatens to shake the world to its core.  At the center of it all is the colored community.

Just so we are clear, racism is an idea or a mindset that makes us see the negative in others. Consider the scenario of a man walking into an occupied hall. If you accord him with suspicion or negative characteristics based on, say his skin color, without ever meeting the man, then chances are that you are a racist.

It then follows that the evil of racism manifests itself in our thoughts and extends its arms to workings in our society. In the World we live in today, the manifestation of racism and inequalities is represented in our government, education, leadership position, and sport: a smear and a constant reminder of our nation’s ugly era of systemic racism and slavery.

What is systemic racism?

Also referred to as institutional racism, systemic racism is a reflection of racism embedded as a regular practice in our organization or society. As a result, it often leads to discrimination in employment, health care, criminal justice, education, and many more.

No little surprise why systemic racism is perceived to be the deadliest form of racism.Unlike other manifestations of racism, systemic racism is less perceptible since it is more subtle and less overt. Not just this, it often stems from respected forces and established bodies. As a result, it is not often condemned like individual racism.

Systemic racism thrives on the existence of systemic practices, policies, political and political structures that place minority ethnic and racial groups at a disadvantage. Unfortunately, since it happens on a large scale, correcting it is a daunting task.

The recent and repeated killings of unarmed members of the black community in the US is a constant reminder of how we have failed in eradicating racism. If anything, the death of George Floyd at the hand of officers of the Minneapolis PD makes it evident. We can argue that this looks more like individual racism. However, the response of the government to crush protesters represented a system wired against people of color.

Do you know that black people are more likely to die at the hands of police than white people? Not just this, they are more likely to be more unemployed and suffer abuse than white? Recently, a video surfaced online of a woman calling the cops on a black man for assault, where in fact, he was online trying to correct a misdemeanor on her path. Thankfully, the world responded, and justice was served.

The narrative is the same among the colored community. At the core of the system are many that perceive all whites as dominant and amplify white supremacy more than they should. What many fail to realize is that racism is like a double edge sword.

On one side in the abuse and the other is the abuser. At the end of the day, neither would appreciate the other since both feel they have been wrong.

Unfortunately, in the process of passing around the ball of blame, we leave eradicating racism in the back seat. If we are ever going to eliminate systemic racism, not only in the United States but globally, we need to start mending more than we break down.
How to eradicate systemic racism worldwide?

The justice system of every country is an excellent place to tackle racial discrimination. More often than not, people of color are at a disadvantage of the justice system and are targeted more. This includes police stops, arrests, punishment outcomes, and disproportionate incarceration. The chance for the illegal arrest of a non-white is 30% higher than it is for white.

In predominantly white neighborhoods, the police is more likely to stop colored drivers than white drivers for a search. This further strengthens the need for a change. It is essential to level the playing field of racial privileges for every citizen irrespective of the color, age, race, and gender.

In a loud voice, the call should be to end segregation and discrimination in schools. Countries that are still segregated by race see a higher population of the majority race attending private and charter schools. As should be expected, the performance of students from the minority race is hampered. Simple solution, treat students of the minority community better.

It is no new story that blacks, for example, are twice more likely to be unemployed than their white counterparts. Another example is Hispanics, whose earnings, together with the blacks, are well behind the whites. Although employment discrimination based on race was outlawed years ago by the civil rights act, there is strong evidence to back racial discrimination in hiring decisions.

To reduce this disadvantage acts like the fair employment act, for example, was introduced. Although it dealt with the problem a little, it can still be amended. The policy could be to increase punitive fines against discriminatory employers or effectively reinforce anti-discriminatory laws.

The system is wired to protect whites than black in terms of debt repayment and credit facility. More colored students borrow money to attend college, are less likely to complete the education, and are more likely to default on their repayment. We need to work together to monitor discrimination in the credit markets.

Unequal credit costs, faulty debt collection patterns, and predatory lending should be discouraged. Credit access should be increased for everyone, and no one should be made to pay higher interest and rates. We should also strive to maintain equality in the provision of healthcare and housing.

Racism cannot be discouraged by building walls. Instead, immigration laws, together with criminal laws, should be adjusted to favor everyone. For example, Latinos and Mexicans face serious problems crossing the border into America. As a result, there is a constant fear of deportation.
Another one like it is the act of singling Muslims and Arab citizens for religious and racial profiling on assumptions of suspected terrorism. Although well-meaning, the system should be adjusted to accommodate everyone regardless of religion or race.

The country is as much Black as it is to the Whites. Hence, there should be a provision against systemic racism in the electoral system. The effect most times is that fewer minorities get voting opportunities. Without due reason, no one should be prevented from voting because of race or color.

Come to terms with your privileges: Use your privilege to pull down racial discrimination. This includes racial, socio-economic status, sexuality, citizenship, privileges. When you understand this, you can use it to empower others.

Check the origin of your biases and deal with them: racists are not born racist. It began from the messages they heard, the neighborhood they grew in, religion, or the school they went to. Hence, examine your stereotypes and work to ensure a racist free community.

Validate the feelings and experiences of others: Don’t be afraid of lending your voice to the fight against oppression and discrimination. You can take action and learn how racism affects society and advocate against it.

Challenge passed down racial ideology: To live in a colorblind community does not mean disregard for the colored person. Instead, ignore the insignificant part of someone’s identity and strive towards equality and equity.

Condemn racist statements and comments: Don’t play cool with racist jokes. If it makes you uncomfortable, challenge them, and ask questions to dissuade their thinking pattern. Fail to say something or ask questions, and you would silently be lending your consent.

There is a deceitful paradox in most countries that try to reap the benefits of a multicultural, all-inclusive, and diverse community. Countervailing the forces of racism means having a discussion about the stereotypes and progressing towards eliminating racism.
True, the result is never instantaneous, fighting the fight a day at a time, a policy at a time, a process at a time, and a system at a time would win the war against racism.