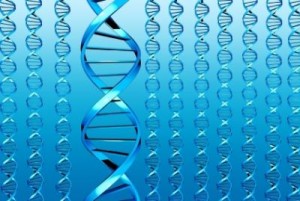 Certain individuals have long been regarded as particularly susceptible to developing behavioral and emotional problems when they experience negative environmental conditions, due to the fact that they carry so-called ‘vulnerability genes’. Existing research suggests, for instance, that such ‘genetically vulnerable’ individuals are most likely to become impulsive and hyperactive if their mothers smoked while pregnant, to behave anti-socially if subjected to child abuse, and to become depressed if exposed to many negative life events (e.g., divorce, unemployment). But a new evaluation of existing gene-by-environment interaction (GXE) research highlighting such genetic vulnerability to adversity challenges this traditional interpretation of existing evidence. Research published in Molecular Psychiatry suggests that those carrying ‘vulnerability genes’ are not only more likely than others to be adversely affected by negative experiences but to also benefit more than others from positive environments, making them more malleable or plastic, not just vulnerable. This novel interpretation of old and new findings suggests that ‘vulnerability genes’ might be better conceptualized as ‘plasticity or malleability genes’ because carriers are more affected, for better and for worse, by positive and negative environmental conditions.

This new interpretation of GXE research findings proposed by Professor Jay Belsky, Director of the Institute for the Study of Children, Families and Social Issues at Birkbeck, University of London, and his colleagues reframes the nature-nurture debate. “Our analysis of many published findings suggests that one potential solution to the nature-nurture controversy is to appreciate the role played by environmental experience and the role played by heredity in shaping who we are may actually differ across people,” said Prof Belsky. “Some people have genes which make them more malleable than others, and therefore more susceptible to both positive and negative environmental influences. Indeed, those children most adversely affected by poor environmental conditions are often the very same ones who benefit most from good environments. In contrast, other individuals appear to be rather immune to such environmental effects.”

Professor Belsky and his collaborators carefully combed findings from scores of publications highlighting GXE interactions in the leading psychiatric and psychological journals and repeatedly discovered that in many instances those individuals at risk of developing problems when exposed to adversity due to their genetic make-up also functioned better than others lacking these genetic attributes when they experienced good environments. One of the striking observations was that authors of the publications repeatedly failed to note this pattern in their own data. “One often only sees what one goes looking for,” Professor Belsky said.

The findings may point towards a more personal approach to psychosocial interventions. “This could mirror the trend we are now seeing towards personalized medicine, where an understanding of the genetic make-up of an individual determines the type of drugs used to treat the patient based on their DNA.” said Prof Belsky.

“We use the term ‘vulnerable’ to describe people at risk of something negative, whether it be an increased chance of heart disease, or susceptibility to mental illness. Yet there appears to be no opposite term for those being disproportionately liable to benefit from positive experiences – other than ‘lucky!’ This may, in part, explain why the evidence pointing towards this phenomenon has so far gone unnoticed.”