A Tale of Oppression And Suppression of Non White Americans

This story was inspired by a relative of an African American’s sibling’s plight of racism and injustice at the hands of raciest and oppressive law enforcement in southern sates by fabricated and illegally charging them with crimes they did not commit; which still happens to young men and women of color in America today. This creates a minimum wage work force all across urban areas of America. These tactics actually began during the early nineteen century and continues today.

The main affect of this form of discrimination was and is to document and keep youngster of color Americans, from having the same chance to succeed in life as their young white male and female counter parts, simply by adding there names to the criminal systems for the rest of their life’s, even though they committed no crimes; all in a systematic attempt to control and denying many of them the opportunity to vote in elections and provide a low income work force.

Once they are labeled and wrongfully targeted, they are always looked at as criminals by society and that alone hinders their chance of landing top-level jobs and higher education at upper level Collages and Universities. It also keeps these victims in the lower income bracket. Many of these victims end up choosing a life of crime, drug and alcohol abuse as a result of the stigma of being a criminal that was wrongfully place on them early in life.

This systematic way of targeting people of color especially young men has been a mainstay conspiracy outline originally by the decedents of former slave owners nearly two hundred years ago, mostly in the south as a way to help provide a large pool of low wage workers available to southern landowners, after the civil war and the passing of the emancipation law. This conspiracy also has created the largest prison population of any country in the world, with seventy percent of the inmates being people of color, which again as records show also diminish the voting block for that population in favor of the controlling interest and are generally owned by those billionaire’s decedents of slave owners. 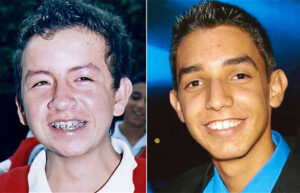 Cheap labor along with preventing voting rights now days or at the forefront of many legislators actions in congress today according to major media outlets, and is considered to be the driving force behind conservative agendas. Many state’s governments leaders allegedly are accused of gerrymandering senate and congressional districts maps in order to control minority voting by legislators, and is under investigation by the US Justice Department, mainly in the south prompted by the midterm elections of 2012. Several states maps were order to be redrawn by federal courts as a result that election according to Associated Press reports.

The GOP controlled house has refused to even consider voting on raising the minimum wage to $10 as requested by President Obama in order to keep their donors, happy and helps secure cheap labor for the corporations they own or control, while quietly approving bills that allow their donors to build more privet prisons.

In America, the prison system is a multi billion business just to house many of these young people who were unjustly force into a life of crime and drugs by the actions of those who swore to protect all citizens. These citizens were left with few outlets to succeed. Gerrymandering is a practice that attempts to establish a political advantage for a particular party or group by manipulating district boundaries to create partisan advantaged districts. The main incentive is to hinder people of color, which is also a way of enslaving people of color both young and old and should never be allowed to happen in America.

America was founded on the belief that all men are created equal as written in the constitution; which means everyone, not just those who were elected and vote on establishing unjust laws for their own benefit, or actions that just benefit their billionaire donors that ultimately allows those same billionaires the opportunities to buy elections.

When American politician and law enforcement personal are ultimately brought to justice for breaching the laws of Americans are found guilty of these atrocities, then and only then, can the oppression and suppression of young people of color be eliminated in America, and truly be the Land of The Free.