Is Handwriting Becoming a Dying Skill? 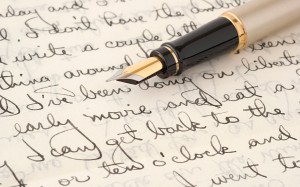 For centuries, the only way to communicate with people at distances or record one’s thoughts and experiences was to put things in writing. Although it might seem that writing had existed as long as humankind itself, it was certainly not the case. The history of writing is a long and fascinating one, starting with primitive drawings on the walls of caves and rocks and gradually developing all around the world in different forms such as pictographic, hieroglyphs, and finally to the earliest known alphabetical systems such as Proto-Sinaitic, Ugaritic, Egyptian, and Phoenician which were dated to about 3500-3000 years ago. Over the time, the materials for writing have changed, the writing instruments have changed, the subject matters have changed, but the enthrallment of people with writing itself has always been constant.

However, with the astonishing progress of technology in recent years, there is one form of writing that seems to be slowly eroding. It is writing by hand. Modern people are very much connected technologically and seem always to be e-mailing, tweeting, texting, instant messaging, etc. to each other. Surely, there is an occasional note or signature handwritten; but it is an undeniable fact that we all write less and less by hand. Is handwriting need to be preserved nowadays? For example, there is much debate regarding the need to teach our children to write in cursive. Many people argue that cursive, writing can be difficult for elementary level children to master and, as a result, might negatively affect their academic success.

Moreover, many school districts in the USA have voted in favor of teaching of keyboard typing skills than cursive writing. While children still write by hand at schools (though most of them print), they rarely write long compositions and mostly fill in blanks with few short sentences. I know this for a fact. My son, who is a seventh-grader and a very good student, almost does not write by hand. He does most of his work on computer (supposedly, this way school saves a lot of paper and trees), and as such he types at terrific speed but his penmanship is quite poor. Frankly, it saddens me.

Handwritten letters, notes, cards always bring so much more pleasure than anything typed. Somehow, knowing that a person took time to write by hand evokes closer feeling to a writer and the things he or she is writing to you. Not only that, but there were studies (quoted in Martha Stewart’s Living magazine article by Joanne Chen), that have shown, that when people write by hand, their hand movements make them remember the written things better and maybe even become smarter and more creative. For example, when one studies a foreign language, he or she will remember new words and language rules much better if they were written by hand (probably because it makes one to concentrate more than when typing).
Handwriting is gradually becoming more and more marginalized in today’s technology-obsessed world. However, it is a form of art which needs to be preserved because it is so human, personal, and expressive. – Becky Kospanova