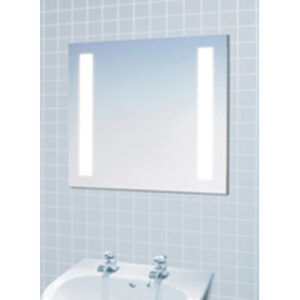 Survey Flushes Out The Secrets Of Americans’ Bathroom Habits

The findings were released as part of an effort to examine the bathroom habits of the American consumer and explore the reasons why this previously unrecognized “drain” on consumers’ time may be an indication of larger health issues.

The survey also revealed that one in four Americans at some time have made up an excuse for why they’re going to the bathroom in the first place. Furthermore, men in this group were just as likely to make up an excuse as women, which contradict the thought that men are more open to discussing what happens behind closed doors.

“Making excuses for bathroom habits could be a sign that something else is going on,” Dr. Anish Sheth, Assistant Professor of Medicine, Yale University School of Medicine. “Millions of Americans experience digestive problems, but few know that key to digestive health is maintaining a balance between the ‘good’ and ‘bad’ bacteria in the colon, a vital part of the digestive system. But there are things consumers can do such as taking a probiotic to address digestive symptoms like constipation, diarrhea, gas and bloating, as well as overall colon health.”

Probiotics are live microorganisms, similar to the good bacteria found inside the body. Available mainly through foods and dietary supplements, probiotics – like Phillips’ Colon Health TM can restore intestinal balance by boosting the number of those bacteria that are helpful. Studies have also shown that probiotics may stimulate the immune system and help with overall health.

In addition to examining bathroom habits, the survey also identified consumer travel worries and the impact of stress on eating habits, which could both have an effect on the digestive system.

As summer approaches, many Americans are beginning to plan vacations with their friends or families. And something they’d like to leave behind is digestive issues. According to the survey, close to half of all Americans at some time have had or worried about having stomach problems while on vacation. Taking a probiotic can help to eliminate that worry, as probiotics have been shown to help address travel related issues, like traveler’s diarrhea.

In addition, the survey unveiled that a majority of Americans have experienced increased stress because of the current state of the economy. Nearly 40 percent of those Americans report they now eat more comfort food, more snacks and more fast food due to their increased stress levels.

“Stress and poor diet are triggers that could potentially cause digestive problems,” said Dr. Sheth. “Probiotics can be especially helpful when the digestive system is under stress from all sorts of issues ranging from occasional diarrhea, or constipation.”

A large percent of the body’s immune system is found in the digestive tract and the colon is at the heart of it. So it’s easy to see how digestive or colon problems can have a significant health effect.

The survey was conducted by Yankelovich, a part of the Futures Company on behalf of Phillips’ Colon Health Probiotic Supplement. Survey results were obtained through online interviews among a representative sample of 1,042 adults 18 and over. Additional findings include:

While most probiotic supplements contain only one strain of bacteria, Phillips’ Colon Health is formulated with three strains of the most common and studied bacteria, each supporting a different area of the digestive tract. These bacteria have played a role in the body’s immune since birth:

— Bifid bacterium bifidum helps protect the body against diarrhea and other intestinal disturbances.

— Bifid bacterium longum is the most dominant bacteria in the entire body and helps keep the digestive system running smoothly, while blocking the growth of harmful bacteria and boosting the overall immune system.

Phillips’ has been a trusted name in colon health for more than 125 years. In addition to Phillips’ Colon Health, the brand also offers a full line of stimulant-free, cramp-free laxatives that work more naturally with the body.

The Consumer Care Division of Bayer HealthCare LLC, is headquartered in Morristown, N.J. Bayer’s Consumer Care Division is among the largest marketers of over-the-counter medications and nutritional supplements in the world. Some of the most trusted and recognizable brands in the world today come from the Bayer portfolio of products. These include Bayer® Aspirin, Aleve®, Alka-Seltzer Plus®, Bactine®, Citracal®, RID®, Phillips’® Milk of Magnesia, Midol®, Alka-Seltzer®, One A Day®, One A Day® Prenatal and FlintstonesTM vitamins.